Craving from-scratch cinnamon rolls but don’t want all that extra sugar and butter? Try these amazing refined-sugar-free cinnamon rolls! I worked hard at getting the filling and glaze just right and I think you are going to love them!

This post contains affiliate links, which means I make a small commission at no extra cost to you. As an Amazon Associate I earn from qualifying purchases.

Who doesn’t love a good cinnamon roll? I can honestly say they might be my absolute favorite baked good. The yummy dough, the cinnamon-y filling and the glaze…oh the glaze! It’s just a match made in baked good heaven, don’t you think? And pair that with a nice hot cuppa joe? Glory.

Along with the rest of the world, I am really trying to cut back on the amount of refined sugar that my family eats. After all, as mothers, we are the gatekeepers of our homes. If we don’t buy it and bring it into our homes, our children won’t eat it. It’s as simple as that. And I’ve got a certain 5 year old with a mean sweet tooth and I am working hard to break it. A little treat here and there is just fine, no problem. But on the regular? We are working to avoid the sweet white stuff 😉

So what is the sugar alternative?

I’m so glad you asked! Coconut Sugar! Have you ever tried it? I buy mine from Trader Joe’s, it’s organic, not overly sweet, but goes perfectly in baked goods! I use it to sweeten my coffee just a touch and use it 1:1 in place of white sugar in all my recipes.

And it can mimic confectioners sugar! Just put the coconut sugar in a food processor or high speed blender for a few seconds and it gets really soft and powdery. Think frostings, fudges and truffles oh my! Can you tell I love my coconut sugar?

The dough is an important part of a good cinnamon roll, so let’s not skip too far ahead. Like I talked about here I like to grind my wheat fresh. I buy organic wheat berries and use my grain mill whenever I want to bake breads of any kind. This cinnamon roll recipes starts with my favorite basic dough recipe. It’s from the Bread Beckers and I use it to make my sandwich bread, cinnamon raisin bread and cinnamon rolls. Here is a link to that wonderful dough recipe I have been using for 6+ years. This is my slightly modified version of it:

Combine water, oil, honey and salt. Add lecithin, gluten and half the flour. Add the yeast and the rest of the flour. Then add more flour as needed to make a nice soft dough. Using a mixer with a dough hook, allow the dough to knead for 5-6 minutes. Once the dough is nice and soft, place in a warm place to rise until it doubles in size. Prepare your filling and glaze while it rises.

Here is a tip for getting your dough to rise faster, nobody wants to wait longer than they have to for these cinnamon rolls 😉 Turn your oven on low broil for a few minutes while you make your dough. Then turn your oven off, leave the door of the oven open a bit and put your bowl of dough inside. Of course don’t put plastic in there. You don’t want it hot enough to cook the dough, just a little warm to encourage a faster rise.

Once your dough has risen until double(see pic above), using a rolling pin, roll dough out into a 10″ x 15″ rectangle and cover it in the delicious cinnamon filling.

Melt the coconut oil. Combine all ingredients together until mixed well.

Once you have the dough covered in the cinnamon roll filling, carefully roll the dough into a log:

After you have all your cute little cinnamon rolls on the baking dish, set them aside in a warm place to rise until doubled in size(about 15-20 minutes). Preheat oven to 350 degrees F. Cook risen cinnamon rolls for 25-30 minutes.

Melt coconut oil. Add all ingredients to bowl and whisk together. Add more milk to thin the glaze as much as you want. It’s not an exact science, you just want a nice thin glaze that will spill over the tops of the cinnamon rolls and drizzle down the sides.

And there you have it. A delicious cinnamon roll recipe that avoids processed sugars. I hope you enjoyed this recipe!

Pin For Later: Hover over this picture until the red “save” appears in the corner, pin directly from there! 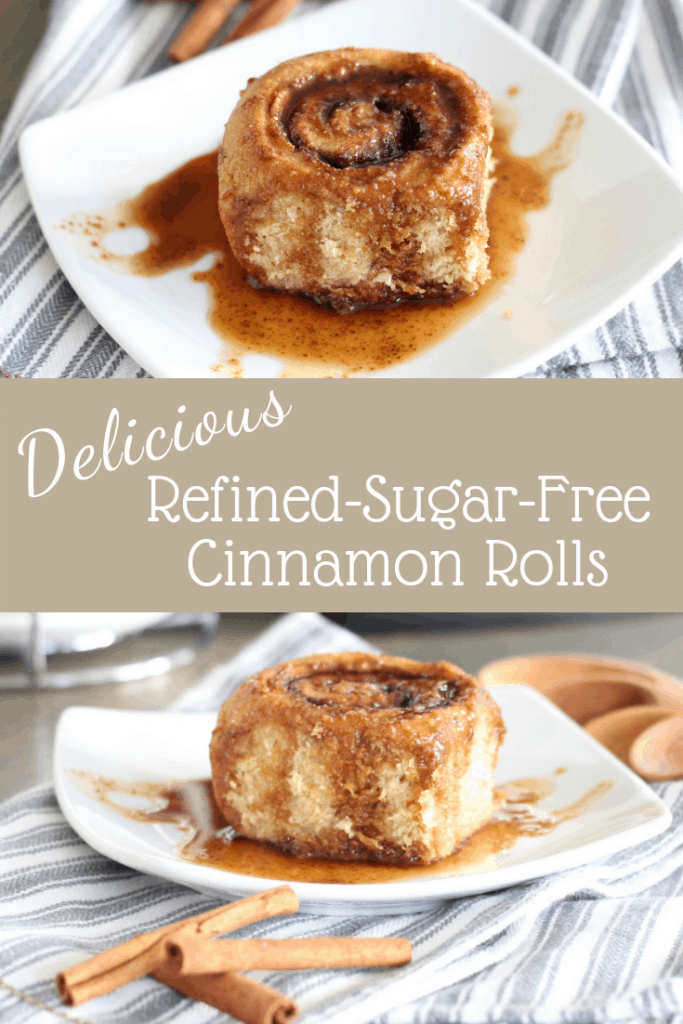 DIY inspiration straight to your inbox! 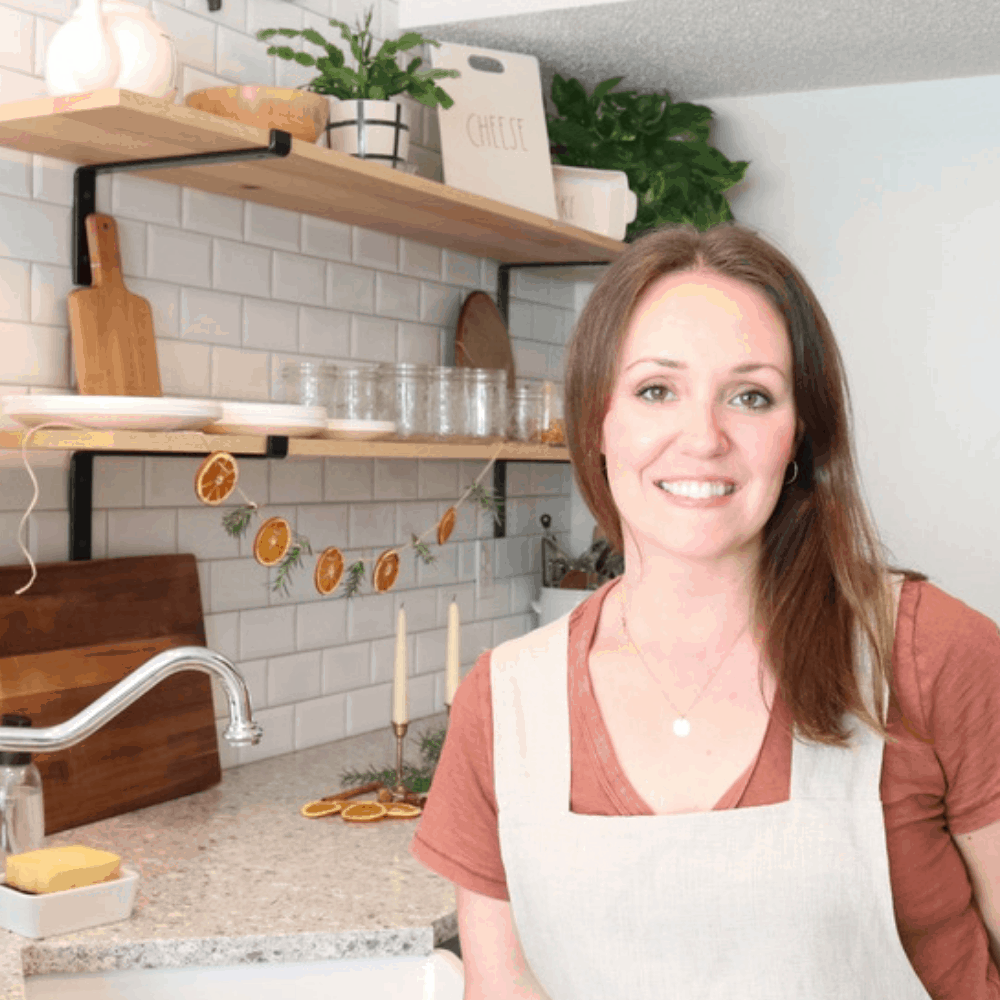 Hey! I am Kristin! I have been married to my husband Scott for 12 years. Together we have 4 amazing kids that we home educate. You can find me on any given day cooking our meals from scratch, working on perfecting my sourdough loaves, filming my latest YouTube videos, crafting or dreaming up our next diy or home renovation project, or best of all, spending quality time with my kids, my family and my friends.

Pure magic, I tell you ✨

Rosemary, sage, thyme, oregano ✨ Those are some

Did you know you could test your eggs for freshnes

What is your biggest obstacle or challenge that yo

You just can’t beat the flicker of a candle. I u

This abandoned and neglected land is getting a sec

Odd as I am sure it will appear to some, I can thi